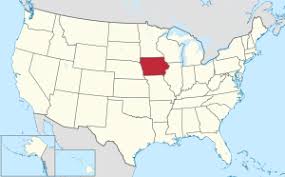 There is a clamour to make Washington DC a State of the Union. Both sides, publicly or privately, know this is an Democratic attempt to gain seats in Congress and to have more Electoral College votes.  Note that about 1/3 of DC is against statehood.
But before we get started, I recently had a twitter debate with a man about this very article. He moved from Florida to DC and expected his voting rights to follow him. So I suggest that new DC citizens are the most ardent contenders for this cause.
Also I am amazed how people who so solidly believe in killing their own unborn,
(while demanding everyone wear masks)
are so thoroughly insulted when they are restricted from having anything they want,
though they deny heartbeats to their own flesh and blood.
Thanks for listening.
So then,
Washington DC is mostly Democrat.
Statehood would give Democrats 2 more Senate seats, 1 house seat, and 3 Electoral College votes.
Roe v. Wade (1973) has so decimated future of generations of potential Democrat voters that Democrats can’t win the Oval Office honestly, and struggles to be competitive in Congressional elections.
It’s simply election math.
But does Washington DC deserve statehood? Not by my estimation.
Consider this:
1) At about 700k people, Washington DC is only the 20th largest city in America.
If Democrats want to do this with DC, they should do this with all large cities, then those Blue States would become Red States,
once the large cities are excluded from rural areas. And… Red states could elect Republicans in both their large cities and their rural areas.
2) Washington DC has the 11th largest murder rate per 1,000 in the US. https://rapidcityjournal.com/news/national/the-30-cities-with-the-highest-murder-rates-in-the-us/collection_0e7dd367-2f62-5822-b849-97f4e9a43e3d.html#21 .
This matters. It show that DC voters are incapable of choosing competent leaders.
2) If Washington DC ceases to be a Federal City, since it was formed by land donated by Maryland and Virginia,
shouldn’t that land be reverted back to the donating states, even if it was once ceded to the Federal government?
This is what happens to abandoned railroad tracks.
3) Washington DC has an area less than 69 square miles, and about 29% of that is Federal property.
America’s largest ranch is in Texas, and has 510,000 acres.
At 640 acres per square mile, the ranch is larger than 11 Washington DCs put together, at nearly 800 square miles.
Yet, it has not been granted statehood.
4) Washington DC can’t feed itself; it hasn’t the land needed. Washington DC is also energy deficient.
It also contributes little to the national economy, other than government contracts, which are tax-payer funded.
The pandemic work-from-home shift has shown that DC, as a Federal City, could be downsized to a National Park area,
a group of buildings maintained by people who live in Virginia or Maryland.
The residential areas can be ceded back to neighboring states.
5) Washington DC doesn’t even meet the minimum sized needed to be consider a county in the State of Iowa.
“The Iowa Constitution of 1857, which is still in effect today, states that counties must have an area of at least 432 square miles.”
6) One- third of DC residents are against DC statehood.
Have DC leaders thought through what advantages and disadvantages there would be to statehood beyond voting issues?
I don't think so, because Pelosi is likely the main locmotive behind this push.
What happens if DC becomes a state and loses funding it now has because it is a Federal City?
“In fiscal year 2016, the federal government paid for the costs of running D.C.’s court system, a total of $274 million.”
https://wamu.org/story/16/11/07/why_some_dc_residents_are_voting_against_statehood/
After a bit of social media jousting with a proponent of DC statehood, I should say that I have always understod DC citizens wanting to have Congressional representation, but I am still against DC statehood for the reasons listed above. But what if there was a way for every current DC resisdent to claim a state to vote in?  Try these:
1) The pandemic, work-from-home paradigm shift, has shown that DC, as a Federal City,
could be downsized to a National Park area,
a group of buildings worked in and maintained by people who live in Maryland or Virginia.
the residential areas of DC can be ceded back to neigboring states.
I think of Kansas City, a large set in two states, straddling a great river.
About equal to the population of DC.
The center of Federal goverrnment for its region.
Neither Kansas City is the capital of its respective state.
Yet KC functions.
So, do we still need a Federal City?
2) What if, each state took a certain number of DC voters, according to their ranking in US population?
The top 5 states have the following percentages of the US population:
California, 11.9%
Texas, 8.7%
Florida, 6.5%
New York, 5.9%
Illinois, 3.9%
Complete list: https://www.infoplease.com/us/states/state-population-by-rank
Each state would claim voters as they were registered, in groups of 1,000, so distribution would be fair. Each state would have the right check IDs for registration. Every state has offices in DC, so they would already be there to look after them.
I’m not saying that I would necessarily like the end results, but this is food for thought.
Voter adoption, along with Voter ID, unmolestable voting machines, and a brave US Supreme Court
might be a reasonable way to make America a fairer place to be.